From cassette tapes, to MP3, to vinyl and back to digital. My experiences listening to music on Windows, Linux and mobile. And how I keep track of tracks and discover new music. 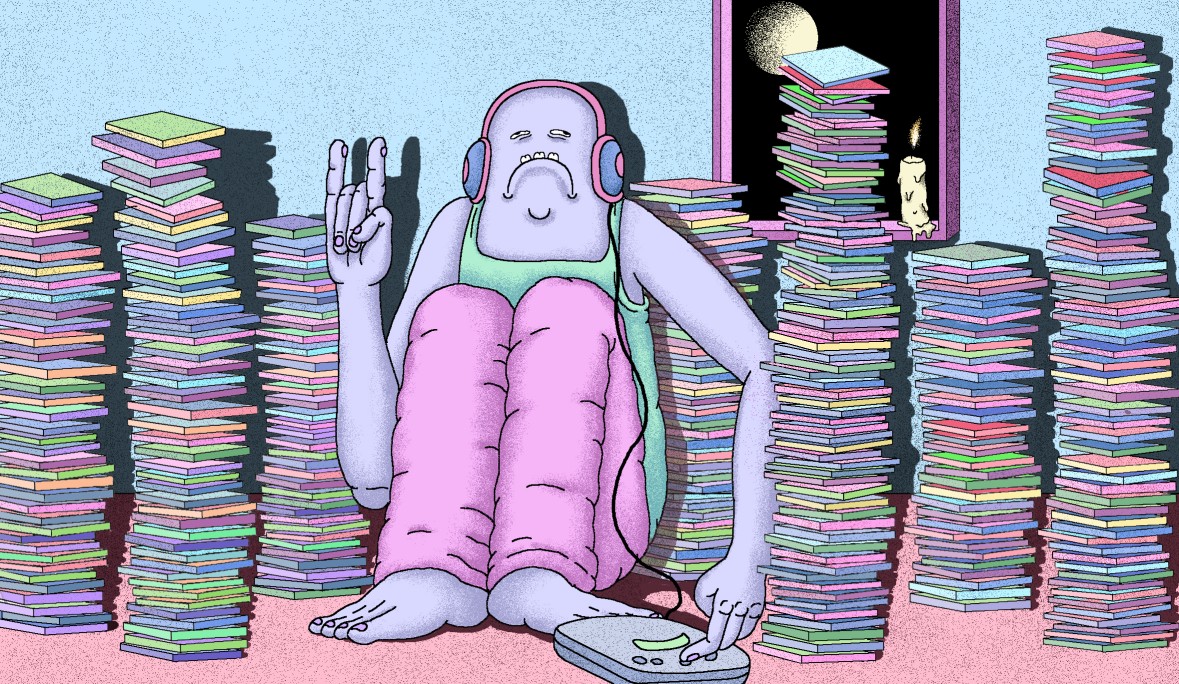 I always liked to own music, from cassette tapes to artist discography packs in MP3 from The Pirate Bay. Music streaming services solved music piracy and the whole world moved to streaming their music. Around the same time I started buying CDs and vinyl, not because I was a contrarian, I finally had a job that paid enough to afford the hobbie. I set out to get all my favorite albums on wax and I got so invested that within a few months I had not only gotten them all but also a small collection of CDs.

But buying records in the United States and having them shipped to Colombia is expensive. At one point I couldn’t afford it. I kept the hobbie of “ripping” CDs by going to public libraries but as times got harder my vinyl collection had to bail me out.

Deciding to sell it has been one of the hardest decisions of my life, but it turned out to be one of the best ones. I don’t think I would’ve done it if it wasn’t because I had a digital copy of every single album on my hard drive.

It’s not the same, of course, but it depends a lot on how the music collection is presented in its digital form. I would’ve been heartbroken if all I had left after selling the records was a streaming service library, that don’t get me wrong, are all amazing, but don’t allow the user much involvement with the music. Because for me it’s more than just having access to the songs or the audio quality, it’s just as important to be able to document my experiences with the music. I am willing to try a streaming service that gives its users that.

So to make it worth I had to find the perfect music player. I think I used every popular music player, organizer, manager and streaming service available in both Linux and Windows in the past decade. I thought this was a good opportunity to share what I’ve considered the best options over the years.

I should point-out what I consider essential in a music player first:

My experience with music players on mobile isn’t as broad, I was normally happy with the phone’s built-in music player as I carefully reviewd the metadata of each album but I have to name a couple of apps. On Android I bought Poweramp and on iOS VOX Player, mostly because they supported lossless playback and could scrobble tracks. 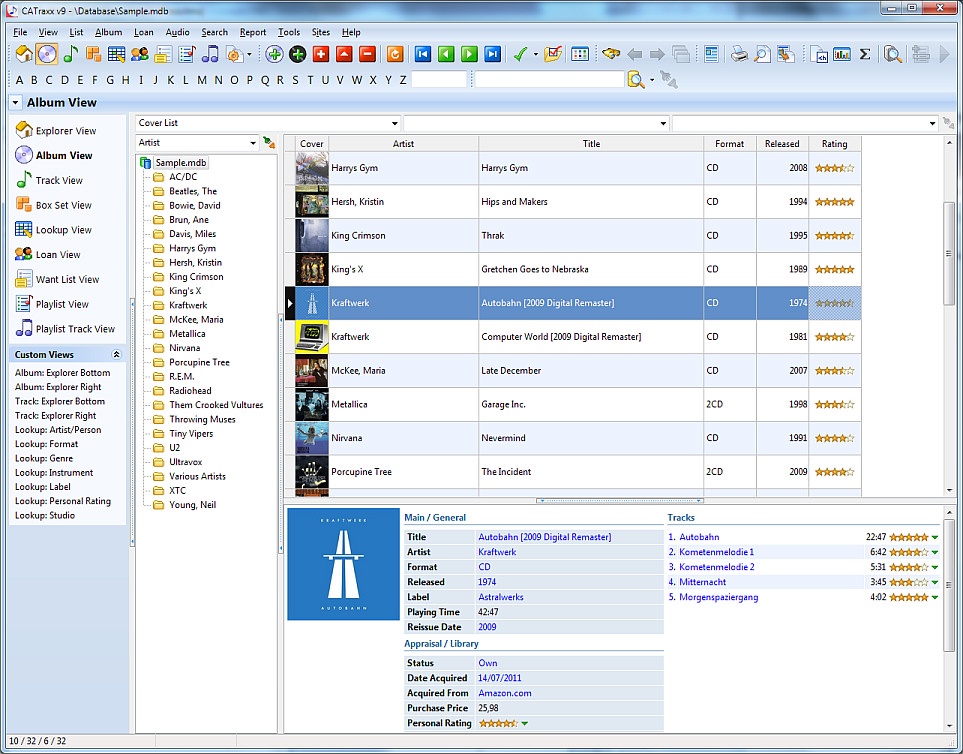 Up until it was discontinued CATraxx was the best music managing tool I had used. It had all the possible customization tools and supported both physical and digital libraries. It fetched album and track information from various sources and even had an option to export collections as a simple static website with its own templating language.

It was hard to find a replacement for a long time, but when I lost my fear of the command-line I started using beets and never went back. As its creator puts it “beets is the media library management system for obsessive music geeks.” It’s the best open-source tool there is for managing digital music files. Now if you can afford Roon, you can’t go wrong. A couple of years ago I jumped on their 3 month Black Friday offer and came to the conclusion that since it came into existence everything else has become more or less outdated, its only problem for me, and even though it’s gotten better, has always been its pricing.

I’ve expressed my frustration with music players on Linux in the past. Since my adoption of beets things have improved. 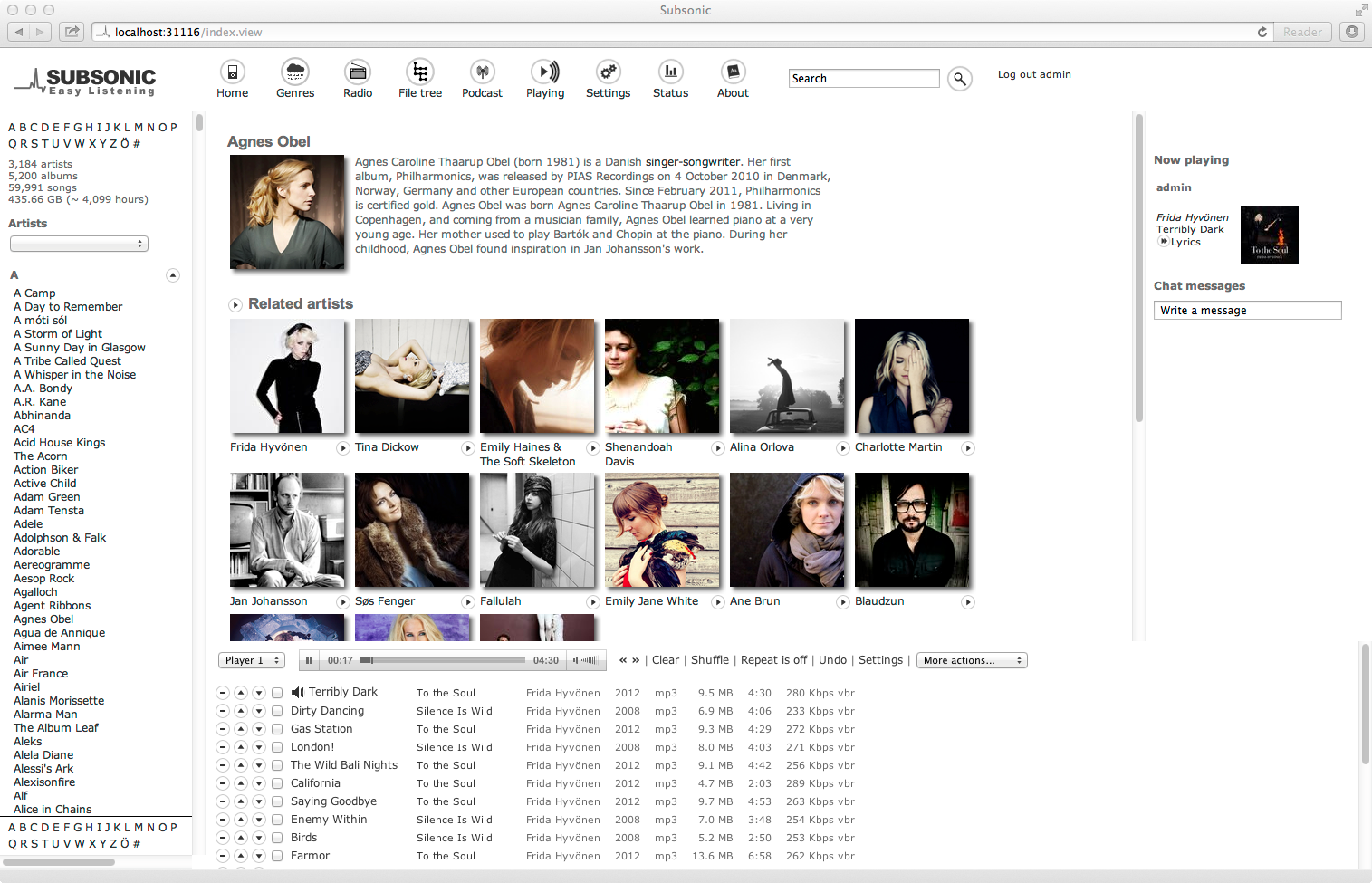 For a long time I used MusicCabinet on top of Subsonic. It’s the first piece of free software that I remember doing album and artist based radios. Its Last.FM integration is responsible for helping me discover many of my favorite artists and it served as inspiration for many of the current media servers available on Linux. 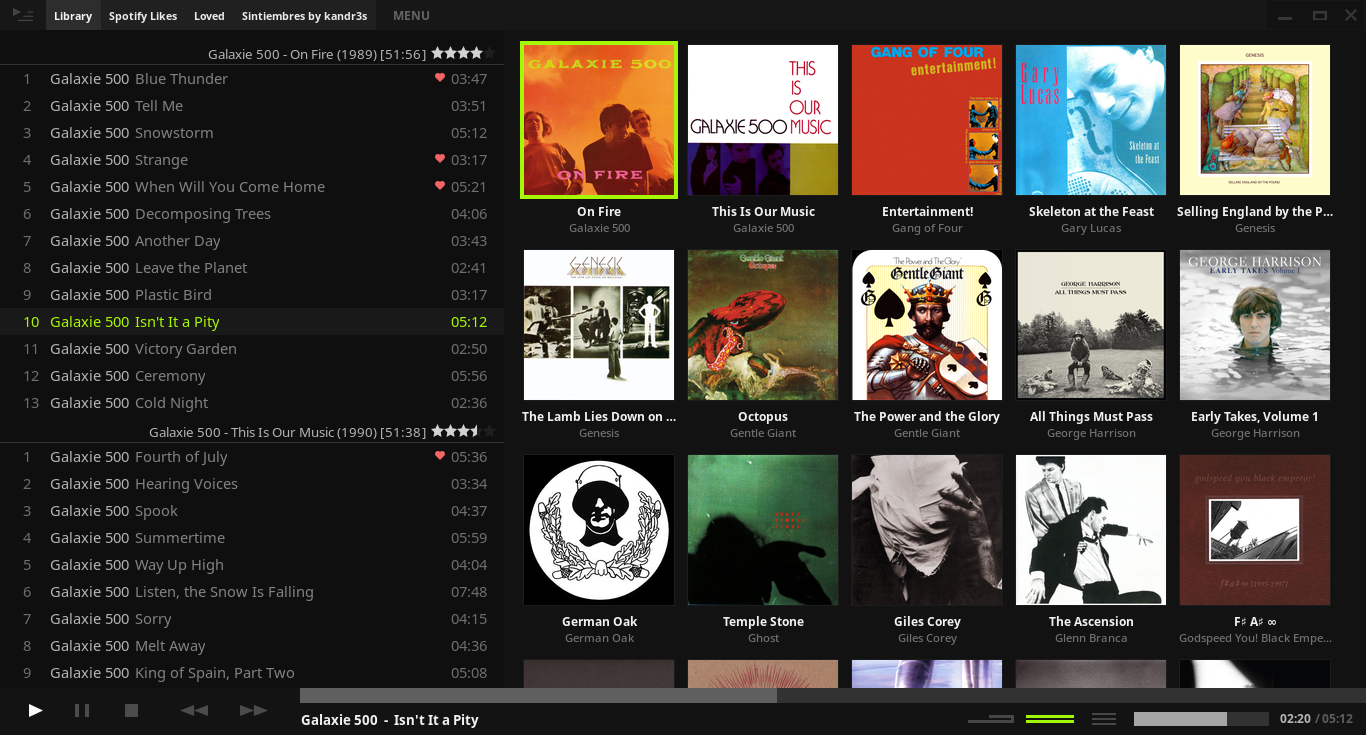 Last year while in quarantine I decided to re-organize the library, I updated the metada for 1500 albums. I was happy to have it all nicely displayed in Tauon Music Box, which I believe is the most beautiful music player on Linux, but once I had to bring my music outside I couldn’t rely on Tauon as its remote streaming is only available on Android and I own an iPhone.

I needed a dedicated server that allowed me to stream on my mobile. First I tried Jellyfin, because it’s open source and actively developed, but it doesn’t handle different versions of the same album very well. I went looking for an alternative and found Beetle, which is amazing, except for the lack of integrated scrobbling, there’s a work-around but for Desktop only.

I needed a single solution. I gave Plex + Plexamp a try and here we are. I don’t feel like switching any time soon. I love the cross-platform UI and the newest update added a “Sonic Analysis” feature, which scans the library and matches tracks with similar sound. It goes beyond artist/label based recommendations and closes in on the amazing features on Roon. 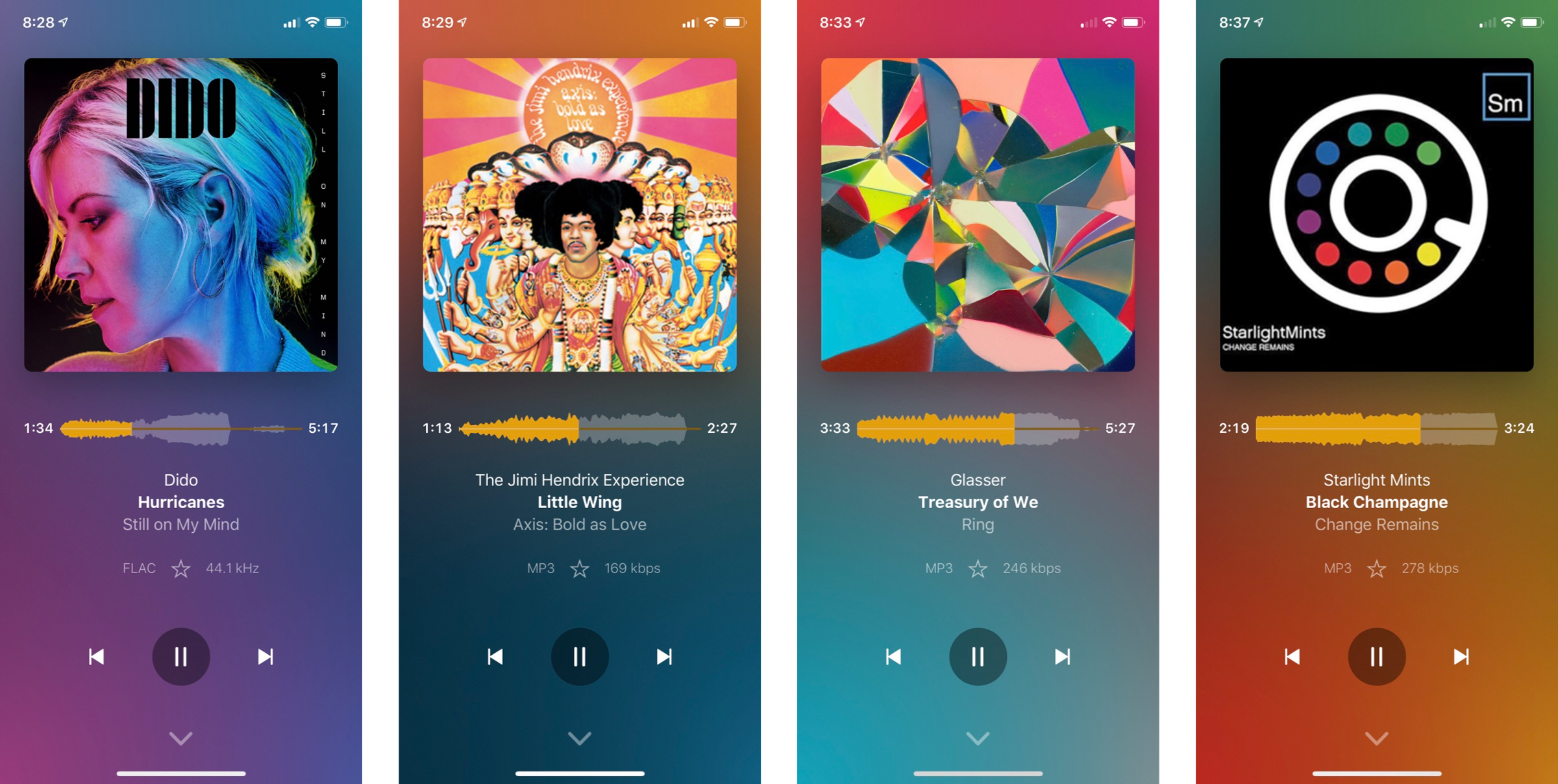 I’m buying new vinyl records again and will stick to favorites only in that format, I am getting everything else in CD quality, Red Book standard, and get the best of Plex + Plexamp + Tidal. 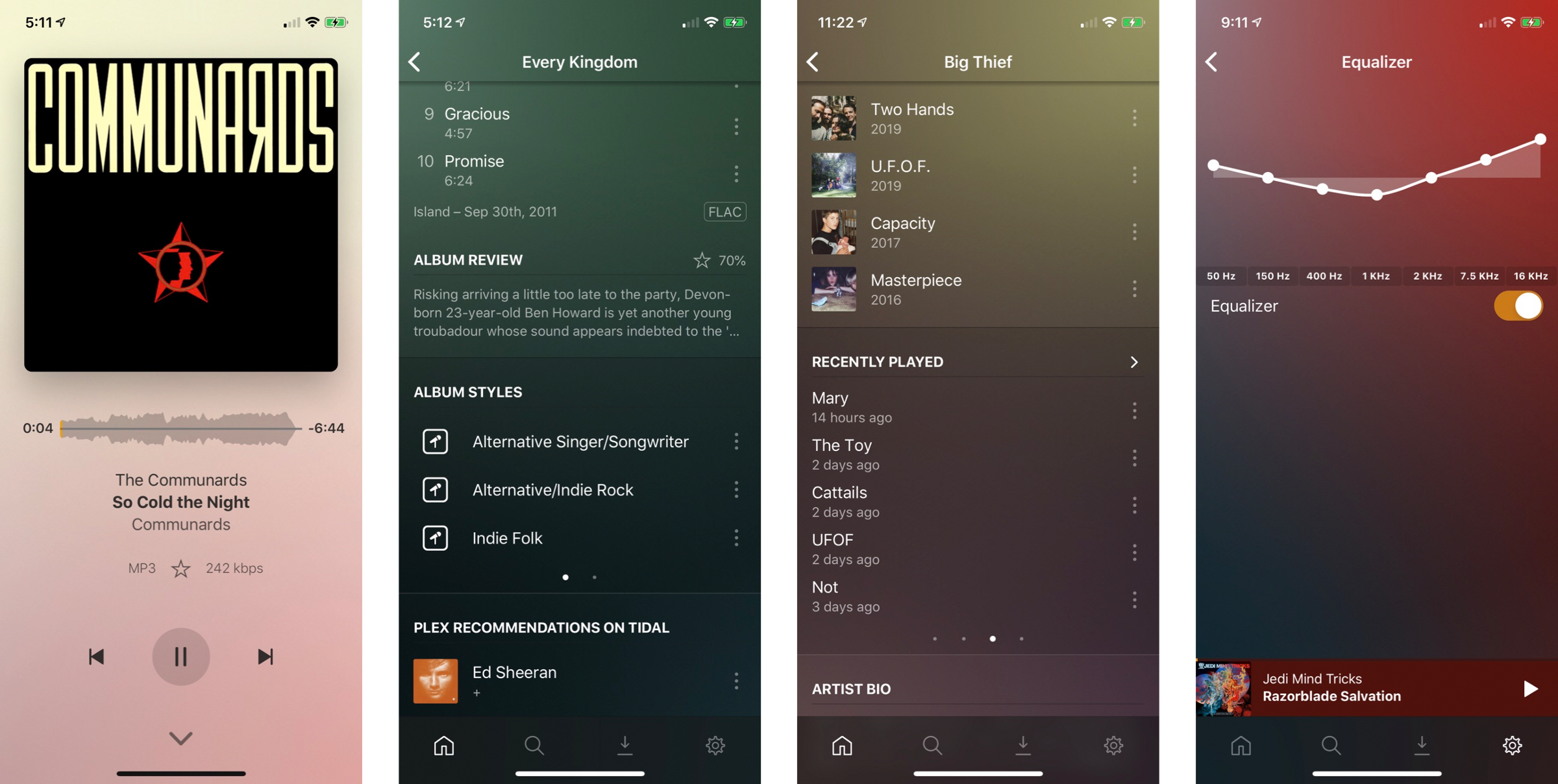 When one listens to a lot of music is hard to keep track of all the songs and albums one enjoys. Personally I use ratings to browse my library, bookmark favorites and build playlists.

Ratings are not an arbitrary grade of the album in question, I don’t think I’ll ever be qualified for that, but they are an indicator of my enjoyment of it and how likely I am to recommend it.

In practice ratings are mostly irrelevant for the public. It’s a system that works for me, but if I had to summarize it for you, it’d be:

As you explore music a taste forms, a need for new sounds develops and you start to look for artists that communicate something to you.

Last.FM influence on this aspect has been huge. I signed up for the service in 2011 and owe to it a lot, as I’ve been able to explore my taste the best way I’ve found so far which is by checking artists similar to the ones I already like.

But over the years there have been other sources of good new and old music to listen to and I wanted to share some of my favorites here:

Music Blogs in other languages

Another great alternative to discover new music is following labels. Here are some of the ones I’ve followed over the years.