Pitchfork put out their Top Albums of the year. My first reaction was “I wonder how many of these artists paid to be on the list.” But anyways this year’s best Rock record in my opinion is Black Country, New Roads’ For the First Time. For some reason not on Pitchfork’s list. 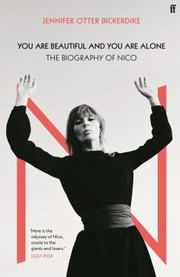 It’s that time of the year again. People are sharing their top music charts from Spotify. It’s become a tradition to screenshot the results and share them everywhere. What I wasn’t expecting this year was to see a #boycottspotify happening at the same time.

Users are cancelling their premium subscriptions and podcasters are removing their catalogs from the service because Spotify’s CEO invested money on what appears to be a terrible AI company.

Is it really that simple to just leave one’s music provider? Around 6 months ago I struggled with the decision to unsubscribe from Spotify premium. My reasons were different, but it took more than just waking up one day and saying I’m done with Spotify.

Maybe is the sentimentalism of the music medium, as my playlists still live on Spotify and I couldn’t imagine them anywhere else. Maybe is the fact that I used to love Spotify, but I find it hard to hate on streaming services, even the ones I don’t even use, because they provide too much value to people in developing countries.

So I thought this #boycottspotify was all an overreaction, until Migala detailed why they’re taking their podcast down from the platform.

We can’t collaborate with a company that profits from artists to finance war.

When you put it like that something feels incredibly unappropriate about this mix of art and war.

I stopped paying for Spotify premium in favor of Plexamp. I was just rooting for a less algorithmic (is that a word? it made sense in my native Spanish) way of enjoying my own collection first and a more organic way of discovering music as there are only two record stores left in the city and I heard one of them might be closing soon. But I’ll go about music discovering another time. I’m just here to say there’s something admirable in every ethical decision, so props to those who finally quit. They inspired me to finally move those treasured playlists, and hopefully there will be time to talk about that too.

This is the biggest Github push to the website since I remember. My Liquid templates are a mess, but I’m almost satisfied with the results, or so I tell myself… because who’s ever satisfied with their personal website? 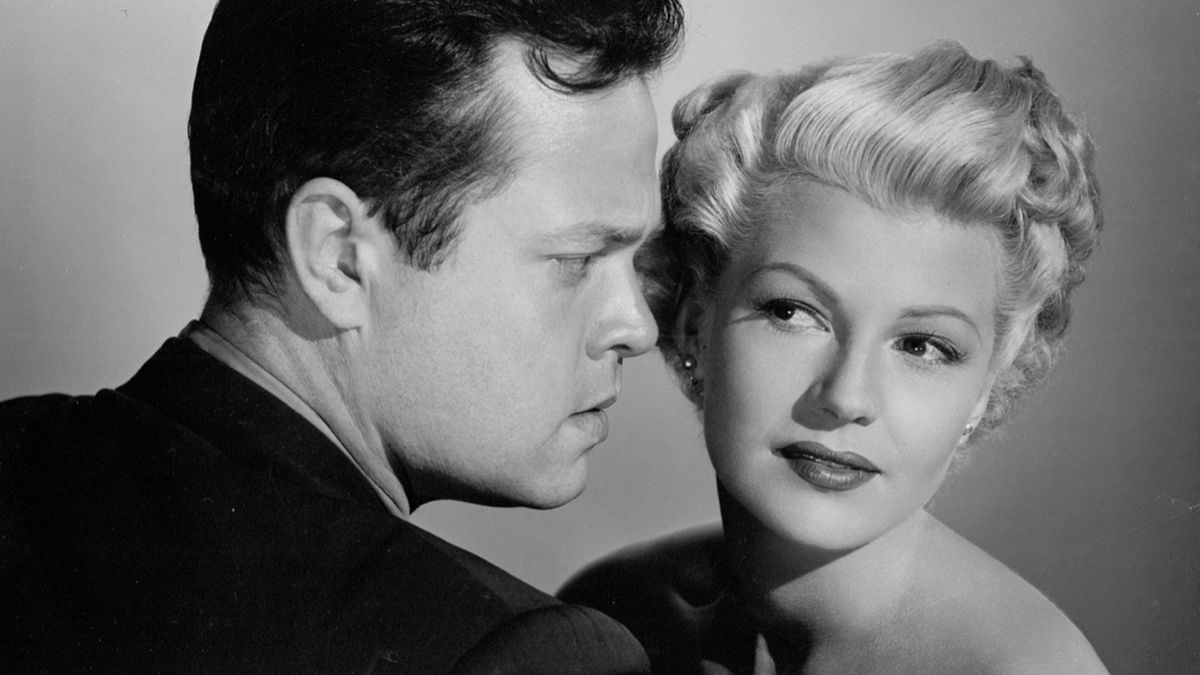 I have never tweeted much, but for a time my Twitter timeline replaced my RSS feeds. The fall and rise of this wonderful technology owes more to the invention (rip-off) of the social media timeline than to any attempt of a big company to kill it, and today I’m just recognizing myself as partly at fault for it.

You must believe me when I say in rural Colombia of the 2000s there wasn’t such thing as an affordable and stable Internet service. An hour of Internet time in the only café there was in my village was around 3 dollars which at the time was also half a day’s work worth. I remember wanting to stay online for hours but having to choose between a meal at school or that extra torrented song to burn into my CD before my time was up.

I had good months with 2 hours of Internet and not so good ones with just half an hour. Not the most convinient, but it worked. It wasn’t until social media created the need to stay online that money became a problem.

And when I think of early social media Microsoft’s Messenger is what comes to mind. By the time I made it to high school almost none of my friends had Internet at home but everyone I knew was on Windows Live Messenger and wanted to have Internet at home.

Fortunately Microsoft had a program called Windows Live Mail, I guess you can see it as Outlook’s grandfather, and back then it had this thing called RSS Feeds. Around the same time stores started selling Internet cards that you would scratch for an user and password to connect to the Internet. You had to call the ISP to set it up and for 5 dollars you’d get around 24 hours of Internet time. But if you had just discovered what RSS feeds were that translated into a backlog of articles to read and what felt like having Internet at home. Refreshing the feeds in the background and going crazy on eMule or Ares, it worked.

As Internet became affordable and social media websites made it super easy to stay in touch with one’s interests we made it here. Today’s invasive web, and tomorrow’s polluting web (👀Web3)

I guess of all the social networks out there Twitter is the one that did it for me and who needs RSS when you have a cool Timeline? For years Twitter was all I needed to check to stay “in the loop” online.

I’ve been back on RSS Feeds for almost 2 years now and I want to reverse my mistake by moving my timeline to my feeds reader. Without RSS on Twitter that’s isn’t as easy. There are of course alternatives like Nitter and feed aggregators, but those feel clumsy? Naturally, my first thought was “it’s just another walled-garden, I’m not missing on anything” and forgot about it. A couple of months have passed and I realized I was wrong. I always got value from Twitter. I actually wrote down some reasons to use Twitter.

So I started looking for a tool out there that would allow me to turn my timeline into a single RSS feed, I couldn’t find anything that did it the way I wanted so I ended up setting up 20 feeds for 20 different Twitter accounts using rss-bridge and then connected my website to Brid.gy. Not the prettiest solution, but it worked.

I was recently invited to join the IndieWeb Chat and upon joining someone happened to mention Granary. It looked like the solution to my problems, as easy as creating a Twitter list and generating a feed from it. Problem solved! but then yarr!, my beloved RSS reader wasn’t showing the authors for tweets.

With Together and Monocle being so appealing, all this IndieWeb hype at the moment and the developer of yarr! considering it feature complete software I feel it’s time to try a microsub reader.

So, IndieWeb, what reader is the “best” for my purpose here? And does anyone know how to import an OPML file into Aperture?

IndieWeb is the way

Two months ago I started implementing IndieWeb principles on my website. I use started because it has been a long process of tinkering with different tools and learning to use technologies I never expected to be using.

Naturally, the progress has been slow as I’m often running into problems beyond my skillset. However, by reaching out to other community members I’ve been able to slowly setup things kind of the way I want. Because it’s true that on the IndieWeb everyone assumes you’re a developer, but most people are nice enough to open source their code and even go the extra mile helping with one’s particular use cases.

This website’s original goal was for me to have an online presence that was fully controlled by me, but thanks to the IndieWeb it’s turning into my single Internet channel. And how can it not progress in that direction when there’s many inspiring websites on the IndieWebring alone?

What started as moving my content back to Jekyll from Tumblr, resulted in personal website that implemented microformats, used a Heroku-hosted micropub endpoint and relied on Quill to post updates. Right now everything I need to post or read online is hosted on my personal domain.

I’m using a slightly modified version of this micropub endpoint hosted on Netlify and I’m customizing a micropub client, it’s fully functional at the moment, but I’m still trying to figure out how to get it to store sessions longer (or indefinitely), it deletes them automatically after x time. Self-hosting a social reader like Together or Monocle sounds like the next reasonable step but I love yarr! too much to give up on it, so I finally put everything on a subdomain and this is how I’m posting and reading on the Internet these days: 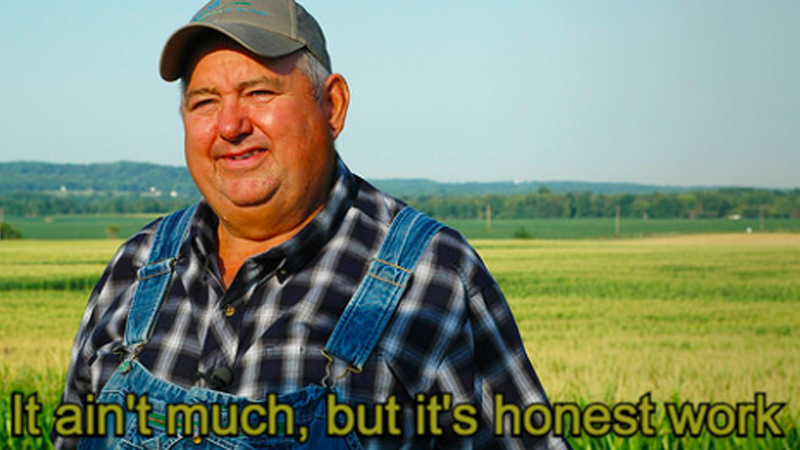 I know there’s a lot to improve in this setup, and who knows, maybe some day, I can build implementations of IndieAuth, Webmentions, etc… or build something as cool as Tanzawa or Eagle, but as of right now, this is something I’m kind of proud of and felt like that was worth sharing here.

The Singing Brooms: Get Back

There was a time when I thought of The Beatles as the greatest Rock band ever. Rubber Soul basically redefined music for me, but these days unless it’s Sgt. Pepper’s… or Magical Mystery Tour that’s being discussed I find it hard to get too excited about them.

I’ve seen the ads and several people I follow talking about Get Back, the new documentary sheding light on the events leading to the mythical rooftop concert and the creative process behind Let It Be, a solid record with clear signs of a declining group, but also the weakest album in the post-boyband era of The Beatles.

After the uninspiring Apple documentary about The Velvet Underground, which didn’t do the New York band any justice, I wasn’t expecting a lot from this one.

There’s joy in seeing how the songs that millions now know and love developed, I also enjoyed seeing the Fab Four jamming to songs from their Quarrymen days, written and composed when they were teenagers, but I really couldn’t get pass the George Harrison underappreciation. And just to think of almost 9 hours of runtime felt exhausting.

Yoko Ono is present during the jamming sessions and the rehearsals, no other wife/girlfriend is around, to me it certainly feels wrong and while I expect that to frustrate a lot of fans my position is quite far from that of people that to this day believes she broke the band.

It’s heartbreaking to see a defeated Harrison insist on having a few softer tunes that could be tried, he also passionately explains the ideas that only 6 months later would become the first triple album in the history of music, All Things Must Pass, while raising little to no interest from the other members, yet somehow it was Yoko’s fault. Non-sense, right?

I think I would’ve LOVED this documentary 10 years ago, when the only band I listened to (and this is not an exaggeration) were the singing brooms1. Today, a single episode of Get Back and the countless and deeply personal Beatles related musical memories are enough.

I can’t finish without saying no person should go a lifetime without listening to Sgt. Pepper’s Lonely Hearts Club Band, or Magical Mystery Tour. Seriously. 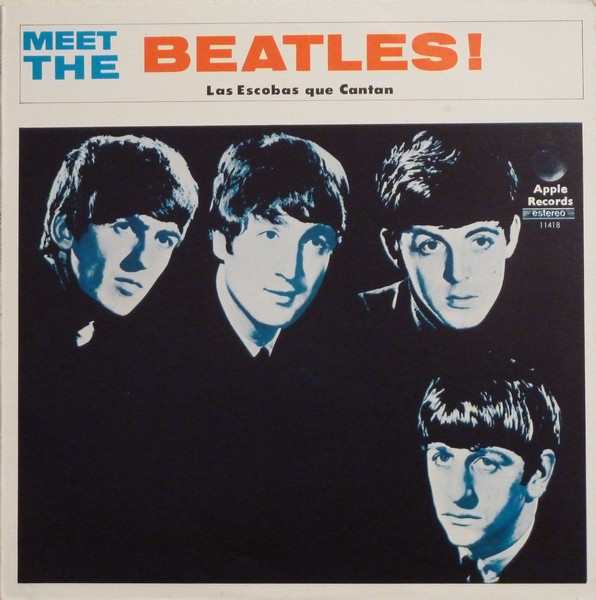 I need to find a better git workflow for posts. Currently posts published through my micropub endpoint are pushed to a branch. That branch gets automatically deployed to preview on Netlify...

Hey benji, I’m dropping by to let you know I figured out fixes for the content being passed as an empty object, Jekyll’s date format and custom variables. This note uses your endpoint and a modified version of this micropub client. The next step is custom post types… 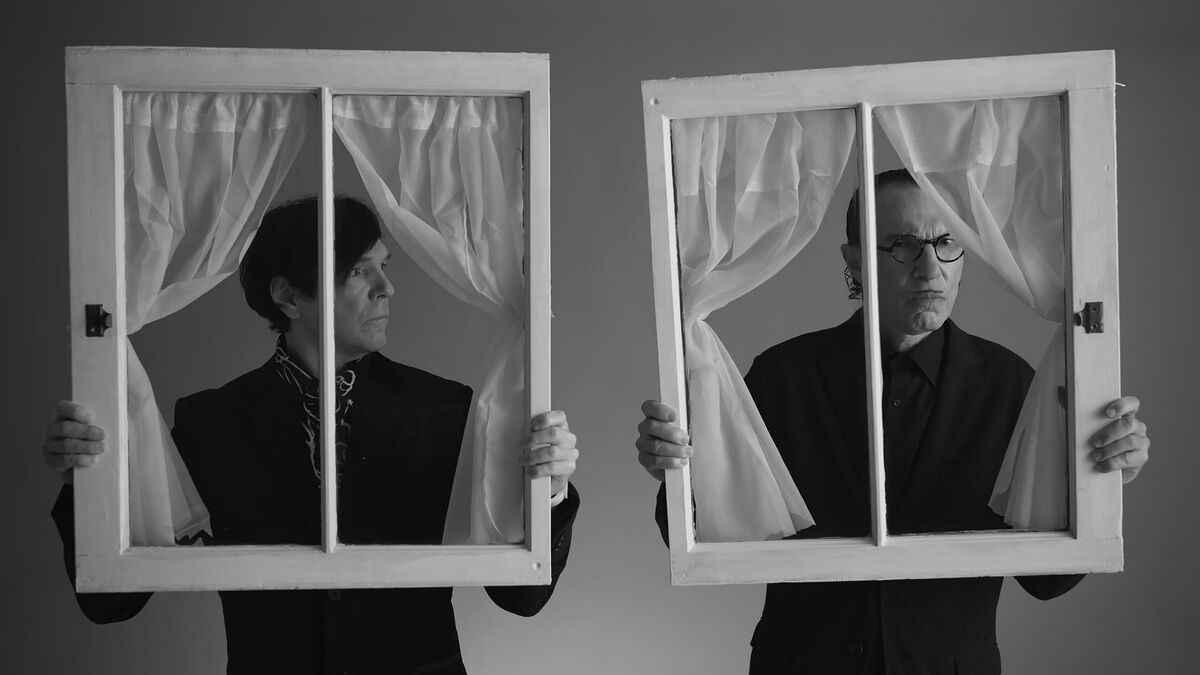 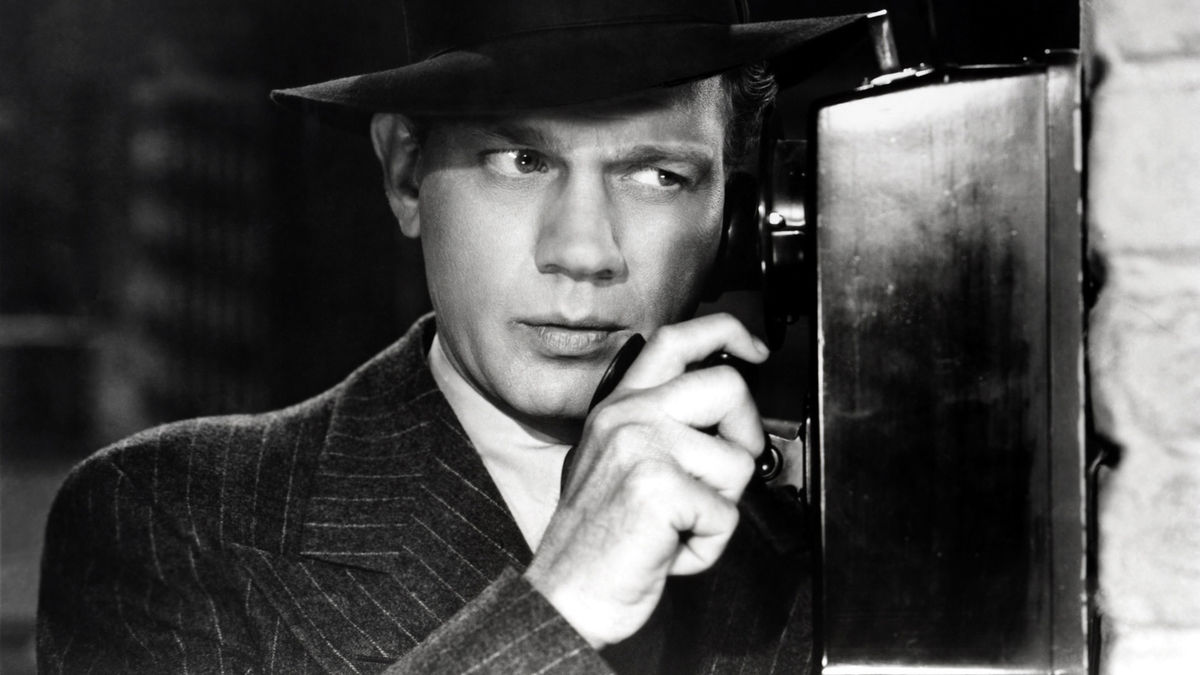 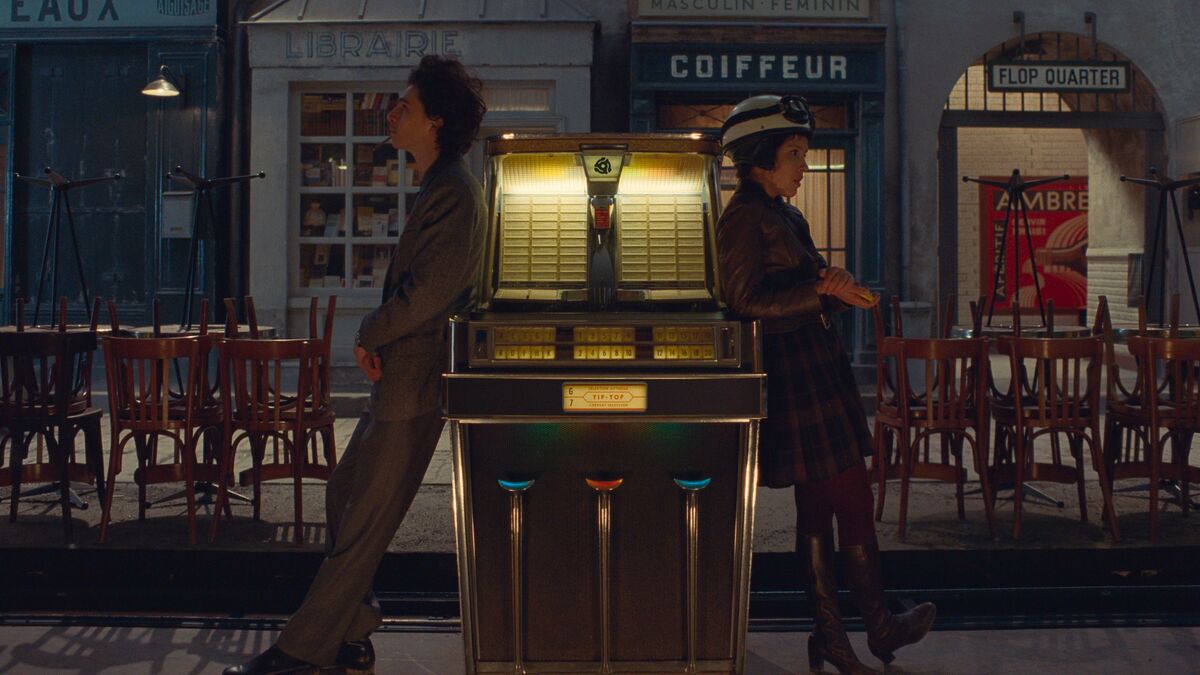 I'm surprised too, but gotta give credit where credit is due.

I’ve claimed through­out this book that many bad ty­pog­ra­phy habits have been left over from the type­writer era. Here, I’ve col­lected them in one list. (Re­minder—these are thin...